Now it’s someone else’s turn to live Vincent Chase’s fantasy lifestyle. The Encino, California, home that was used to portray the house where fictional Entourage star-on-the-rise Vincent Chase (played by Adrian Grenier) lived is officially off the market.

According to the Los Angeles Times, the Tuscan-style dwelling sold for $5.32 million just a few months after its previous owner, The Amazing Race and CSI: Crime Scene Investigation producer Jonathan Littman, put it up for sale in November. The original asking price for the single-story, seven-bedroom, 10-bathroom home was $5.5 million. The epitome of sunny Old Hollywood glamour, the house features approximately 9,200 square feet of living space broken up into multiple wings. The exterior is resplendent with stone and ivy, with an impressive motor court. Inside, luxurious touches like walnut floors, exposed tresses, archways, and French doors help give the home some true Old World vibes.

The great room features a 22-foot ceiling, and there are multiple fireplaces, a window-lined breakfast nook, and a gourmet kitchen with oversize double islands in the residence. The hallway is lined with French doors that open onto a courtyard that serves as an oasis of calm at the center of the property. 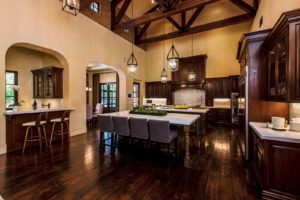 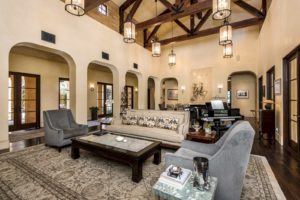 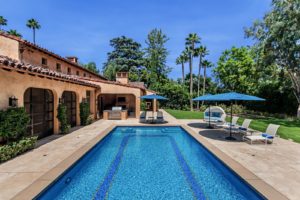